Commit to fraternity every day of the year 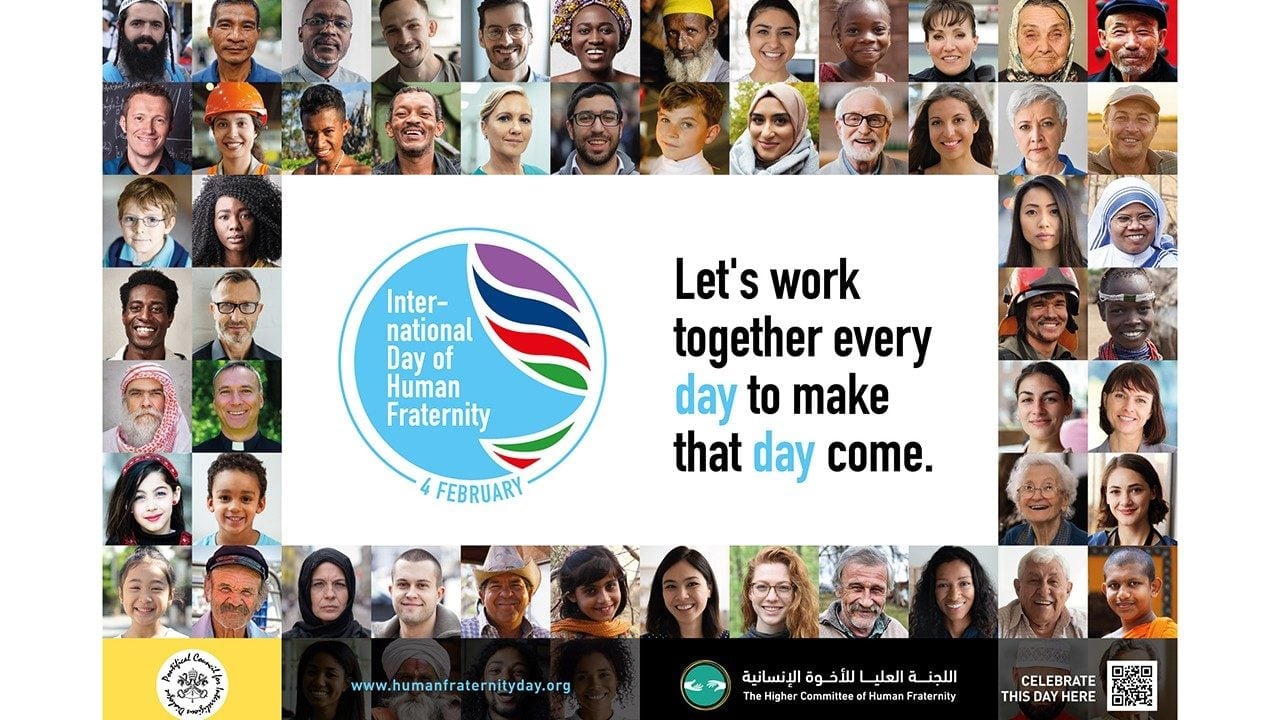 Pope Francis: Commit to fraternity every day of the year Pope Francis, during his weekly General Audience, recalls the first International Day of Human Fraternity, which falls on 4 February. He also announces his participation at a virtual meeting with the Grand Imam of Al-Azhar, the UN Secretary General and other leaders.
By Vatican News staff reporter

The world day was established by a Resolution of the United Nations General Assembly in December 2020.

The initiative also takes note of the signing of the Document on Human Fraternity for World Peace and Living Together on 4 February 2019, by Pope Francis and the Grand Imam of Al-Azhar (Cairo), Ahmad Al-Tayyeb, in Abu Dhabi.

The Pope and the Grand Imam spent almost half a year drafting the Document before his Apostolic Visit to the United Arab Emirates.

Celebrating Fraternity
During the Audience, the Pope said he was pleased that “the nations of the entire world are joining in this celebration, aimed at promoting interreligious and intercultural dialogue.”

He also told the faithful that, on Thursday afternoon, he would be taking part in a virtual meeting with the Grand Imam of Al-Azhar, with the United Nations Secretary-General, António Guterres, and other leaders.

The UN Resolution, underlined Pope Francis, “‘recognizes the contribution that dialogue among all religious groups can make towards an improved awareness and understanding of the common values shared by all humankind’.”

“May this be our prayer today and our commitment every day of the year,” he said.

The meeting and the award ceremony will be streamed in several languages starting at 14:30 (Rome time) – 13.30 (GMT time) – by Vatican News, the multimedia information portal of the Holy See, and broadcast by Vatican Media.