APPOINTMENT OF A NEW METROPOLITAN ARCHBISHOP OF THE ARCHDIOCESE OF CASTRIES 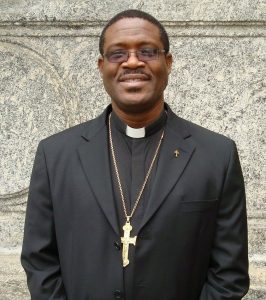 Most Rev. Gabriel Malzaire, Bishop of Roseau, Dominica, is the new Metropolitan Archbishop of Castries. The announcement was made by the Vatican at 7.00 a.m. local time today, February 11, 2022. The Church in Saint Lucia is happy to have one of its sons chosen to be the Shepherd of the flock in Saint Lucia.

The Archbishop Elect, Most Rev. Gabriel Malzaire, was ordained a priest on July 28, 1985. He served in several parishes in the Archdiocese of Castries and also taught at the Regional Seminary of St John Vianney and the Uganda Martyrs in Trinidad. At age 45 he was appointed Bishop of Roseau, Dominica, and was ordained as Bishop on October 4, 2002. He has been a Bishop for the past nineteen years and is in his second term as President of the Antilles Episcopal Conference.

Today the Church in Saint Lucia rejoices and is filled with gratitude for its newly appointed Archbishop. Indeed, all of Saint Lucia is proud to welcome the new Archbishop back home. As members of the OECS, the Catholic Church and people of Saint Lucia wish to thank the Church and people of Dominica for welcoming Bishop Malzaire and supporting him over the past 19 years as he led the Church in Dominica. He will continue to act as Apostolic Administrator in Roseau, Dominica, until a successor is appointed and installed to succeed him in the See of Roseau.

Bishop Malzaire is ready to come home and to lead the flock in Saint Lucia. His Installation as Metropolitan Archbishop of Castries will take place on Mercy Sunday, April 24, 2022. Let us roll out the homecoming carpet for him. To God be the glory.