Pope Francis invites you to celebrate Season of Creation 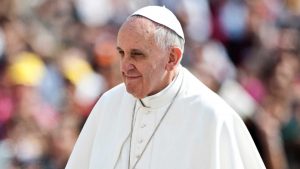 Pope Francis on Sunday called on all people to take “decisive, urgent action” during the upcoming Season of Creation in order to “transform this crisis into an opportunity.”

Speaking during his Sunday Angelus, His Holiness said the “cry of the Earth and the cry of the poor are becoming increasingly serious and alarming.” Now is the time for all people, especially Catholics and Christians, to increase their commitment to our common home by doing more than ever to protect God’s creation.

The Season of Creation is the annual Christian celebration of prayer and action for our common home. Together, the ecumenical family around the world unites to protect and advocate for God’s creation.

The season starts 1 September, the World Day of Prayer for the Care of Creation, and ends 4 October, the Feast of St. Francis of Assisi, the patron saint of ecology beloved by many Christian denominations.

Pope Francis has consistently shown prophetic leadership around the season. For three consecutive years, he has kicked off the monthlong celebration by inviting Catholics to join the global Christian family in praying and taking action for God’s creation.

Following are Pope Francis’ complete remarks: “I extend a cordial greeting to the members of the Laudato Si’ Movement. Thank you for your commitment to our common home, especially on the occasion of the World Day of Prayer for the Care of Creation and the following Season of Creation. The cry of the Earth and the cry of the poor are becoming increasingly serious and alarming and require decisive, urgent action to transform this crisis into an opportunity.” 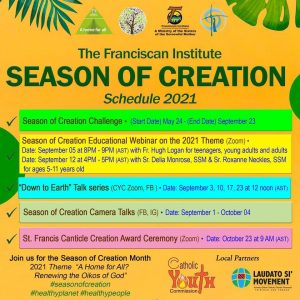