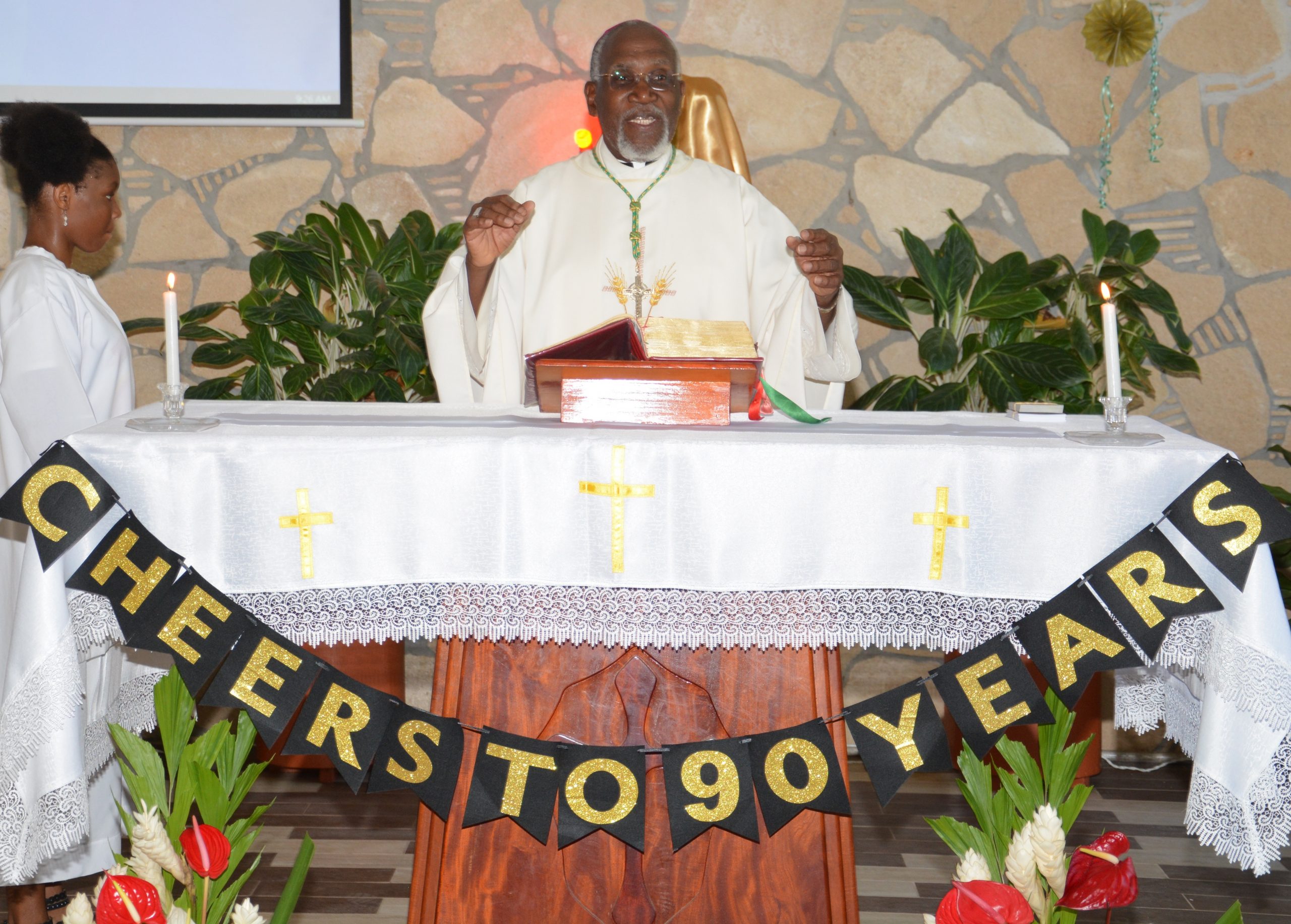 On Sunday October 20, Saints Peter and Paul Church in Windward, Carriacou was overflowing as hundreds came to celebrate the church’s 90th anniversary. That activity was the culmination of a series of other activities including the unveiling and blessing of a special plaque, on Thursday October 17.
On Thursday, Fr. Sean Doggett, who served as priest in charge of Carriacou for eight years (1988 to 1996), reminded those present, that acts of giving, gratitude, appreciation, encouragement, are just some of the factors which have served to guide this church over the last ten decades. At that event, the ribbon was cut by Agatha Jordon while Earl Mc Lawrence lifted the curtain to the plaque bearing the names of the person who donated the land to the church, the first priest to have served there as well as other priests and lay faithful. Following the blessings, Fr Doggett, told those present that this milestone of the church, is one which should appeal to them to move to the next step of further embracing God.
On Sunday, the activity attracted a much larger crowd as members from other mass centres including Petit Martinique attended the celebration. Also present were, Minister for Carriacou and Petite Martinique Affairs, Hon Kindra Maturine Stewart and Mr. Stewart; Permanent secretary in the said Ministry, Rholda Quamina, and head of the Northern Divison of the Royal Grenada Police force, Superintendant, Linda Francis.
Embracing the theme – “90 Years of Faith Filled Service to God, Church and Community” Bishop Clyde Harvey called on the congregation to see this milestone not as an end point but as one for a new and brighter spiritual beginning of the church. He told the congregation that as the church has served the community for this period of time it was important for them to pray continuously and never lose heart as the church was standing strong in the faith and mercy of God to serve generations that are yet to be born. Expounding from the Gospel Bishop Harvey reminded the congregation, of the need to support others, and this would facilitate the sanctity of their own heart and the growth and development of the church and the community.